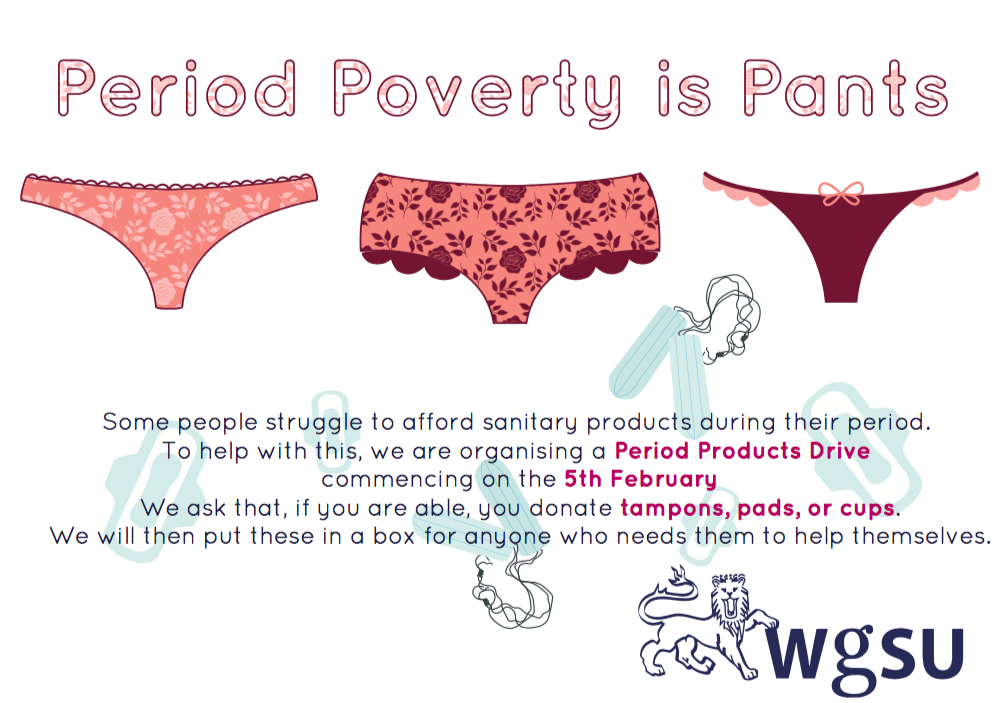 Read all about our period poverty campaign in this blog by VP Angus.

In July, WGSU won the Participation award for our period poverty campaign at the annual NUS UK Awards 2018 in Birmingham. President Angus Hamill-Stewart would like to extend his congratulations to the group of students from BA (Hons) Business who brought the campaign to the attention of Student Council. He said "this campaign began with a group of students who approached us to support and facilitate this campaign. Sanitary products are deemed as luxurious items by Government which is absoleutly absurd! Some students have to chose whether to eat or to purchase sanitary products which is clearly unacceptable. We hope that this will alleviate the burden on Wrexham Glyndwr University students but we also acknowledge that this is a national issue and our next step is to work with our local County Borough Council to support rolling this out in our local community".

Here is a picture of our sabbatical team and staff collecting the award... 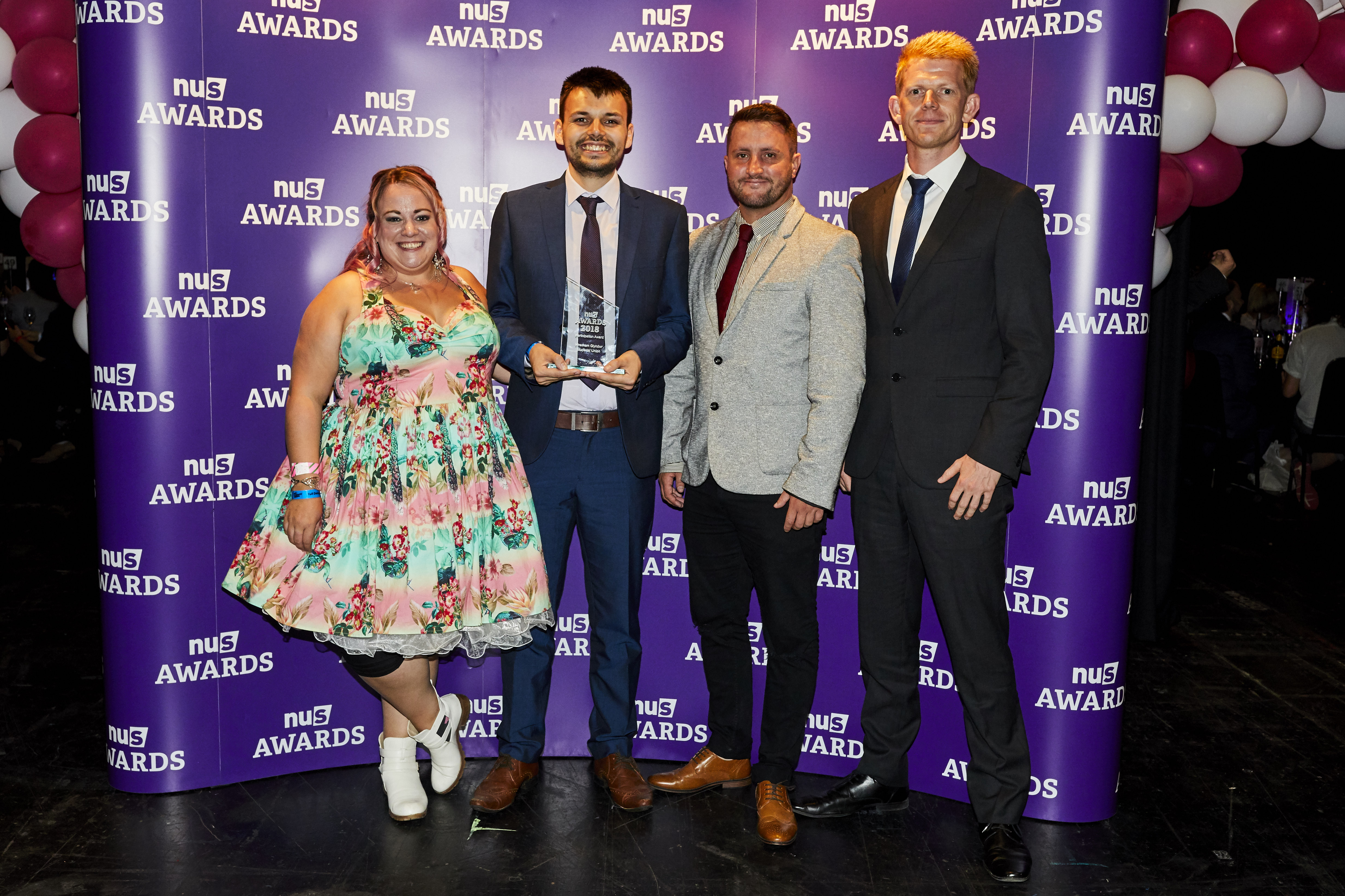 To launch our Period Poverty Campaign we invited NUS's Women's Officer Gwyneth Sweatman to campus! The day consisted of taking our Period Poverty manikin around campus and talking to students about the campaign. We also installed the sanitary products in all our toilets within the SU! Also on the day of the launch, WGSU Vice President Angus Hamill - Stewart appeard on the radio station Calon FM alongside Gwyneth to promote the campaing. In addition, work around periods created by WGU Art student went on display in the Unviersity's Art Gallery! It really was a busy day - thank you to all who took part. 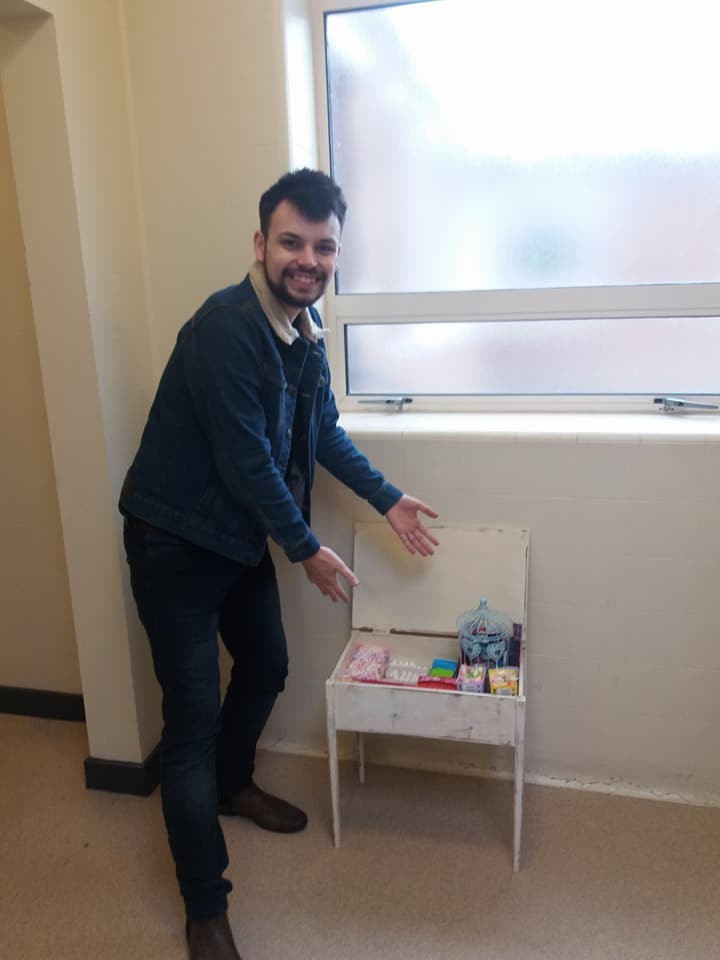 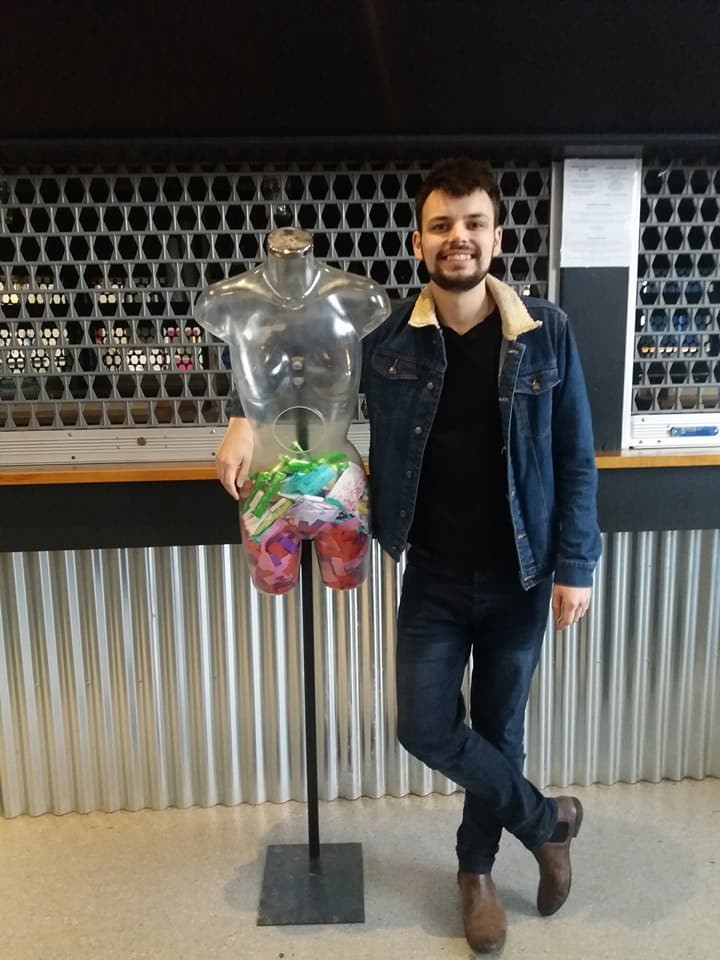 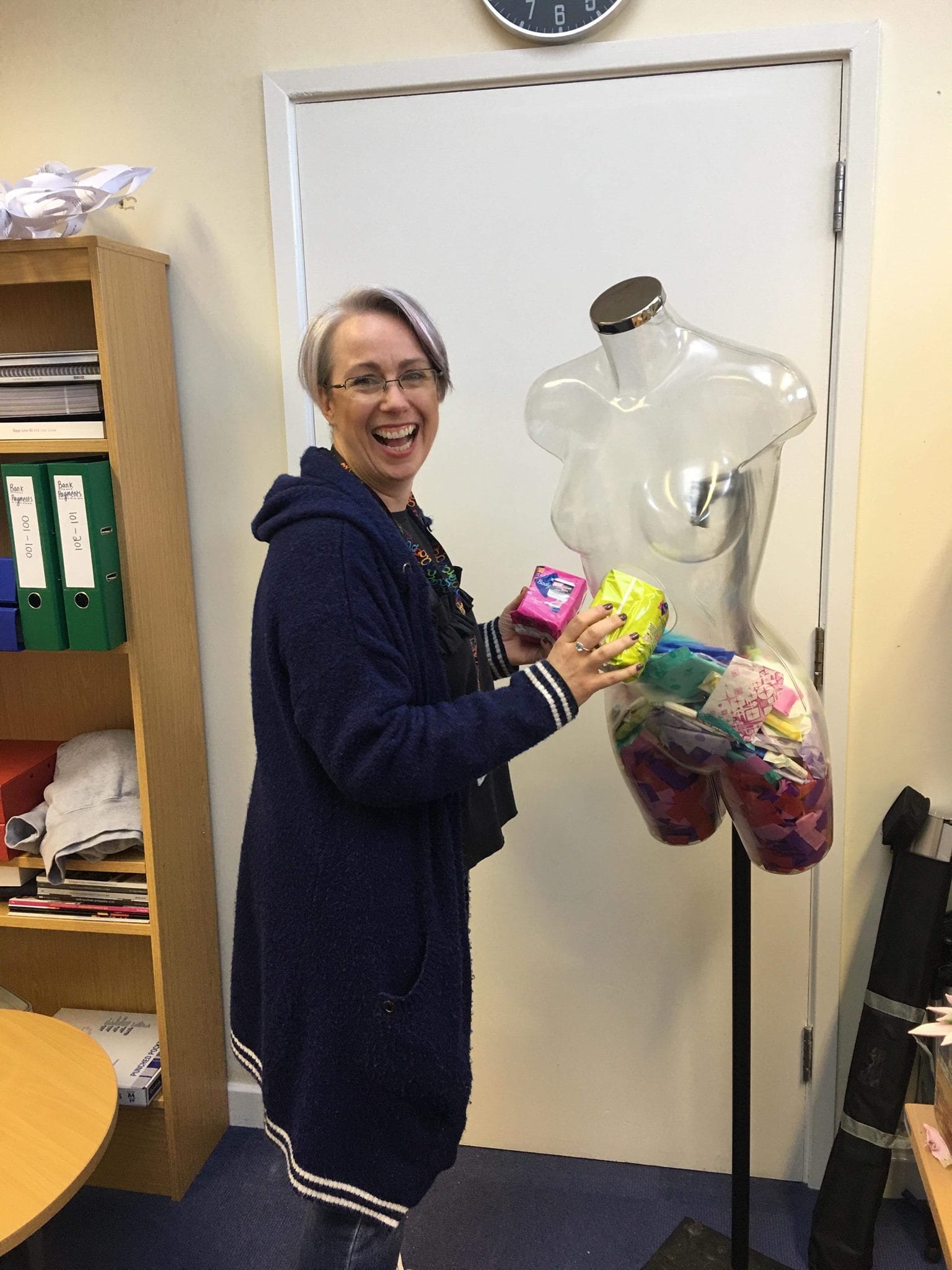 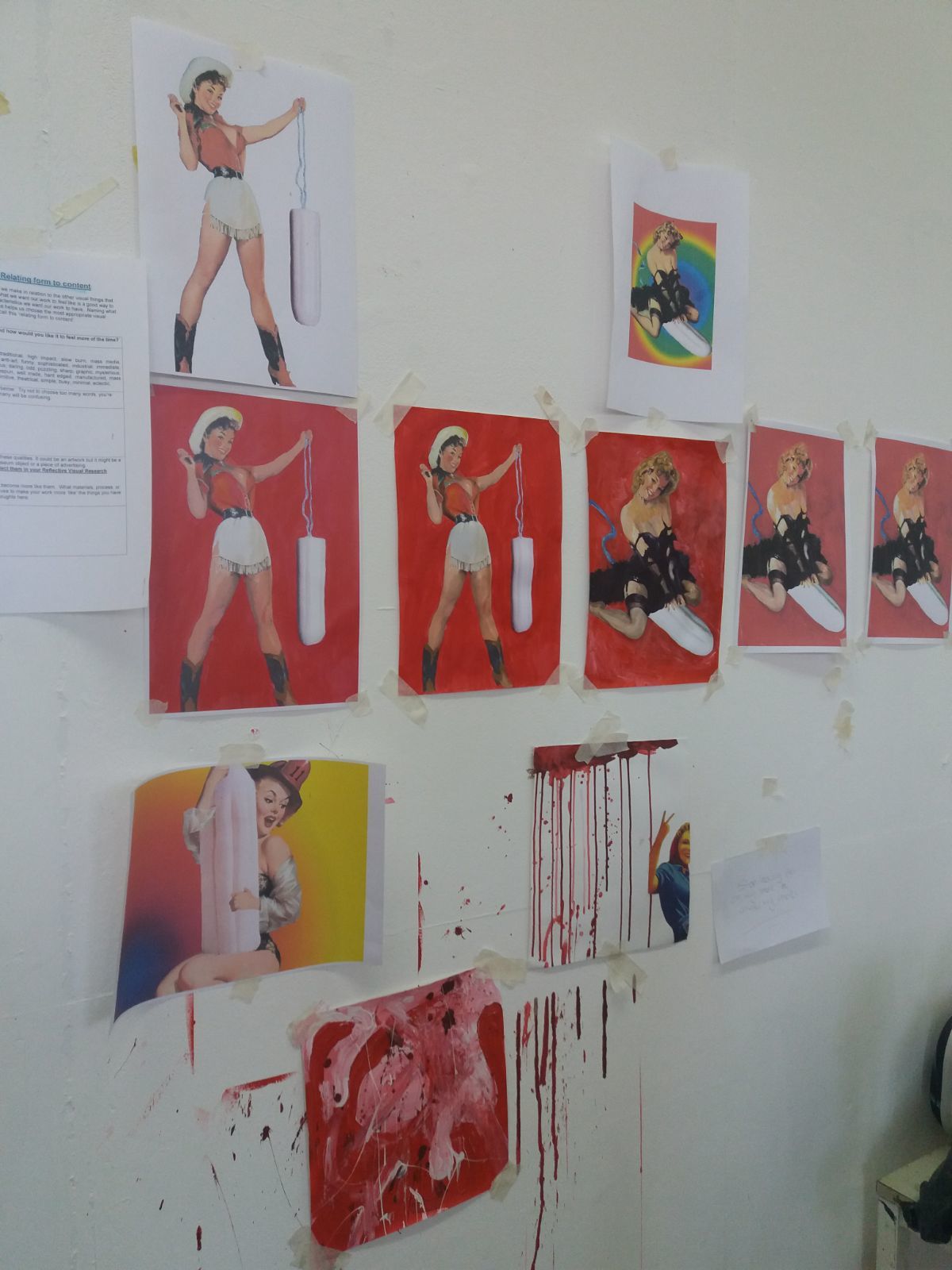 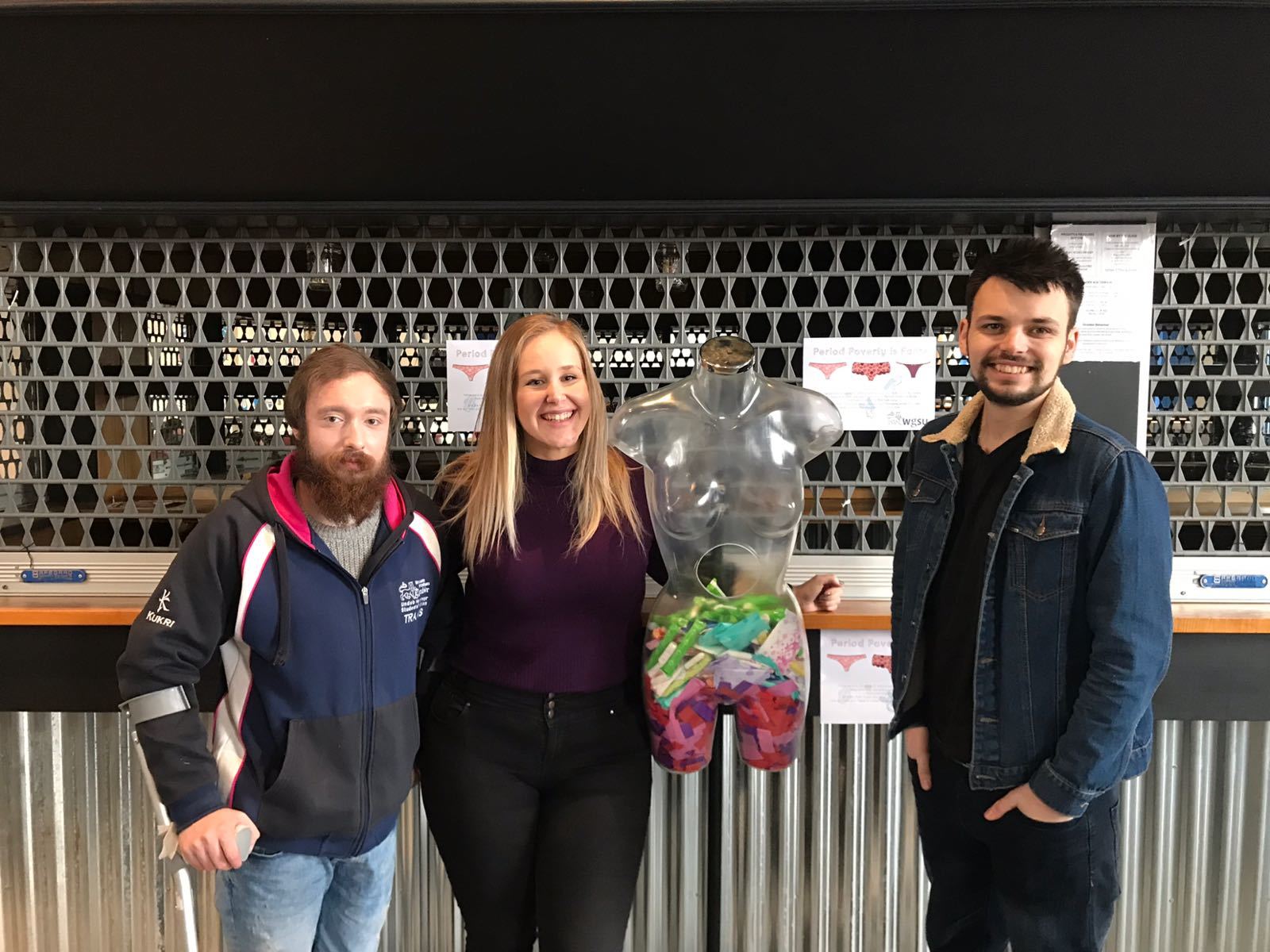 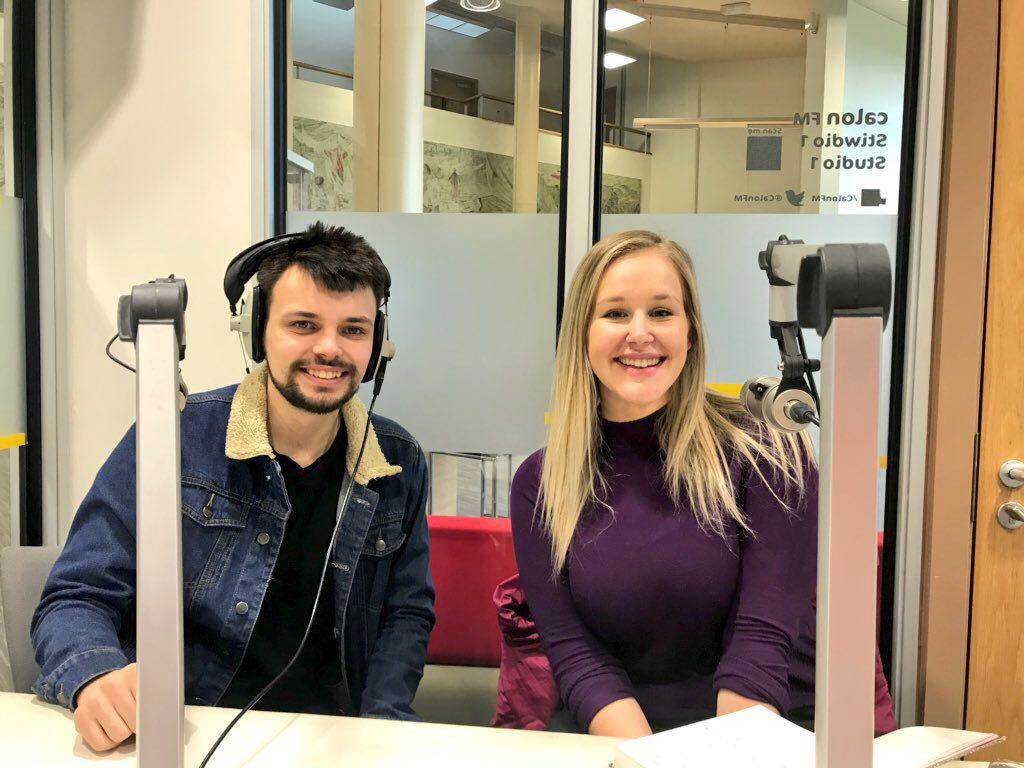 *Update* Since the campaign launched 3 weeks ago, the SU have been inundated with staff and students donating! We would like to thank everyone who has donated and will be donating throughout the year!

On 26th February 2018 students had the opportunity to recreate the

ir own period poverty art work having inspiration from the Period work created by a WGU art student! Take a look:

Due to the popularity of the campaign, we have started to roll out the campaign across the campus - here is the newest donation station in the Library! 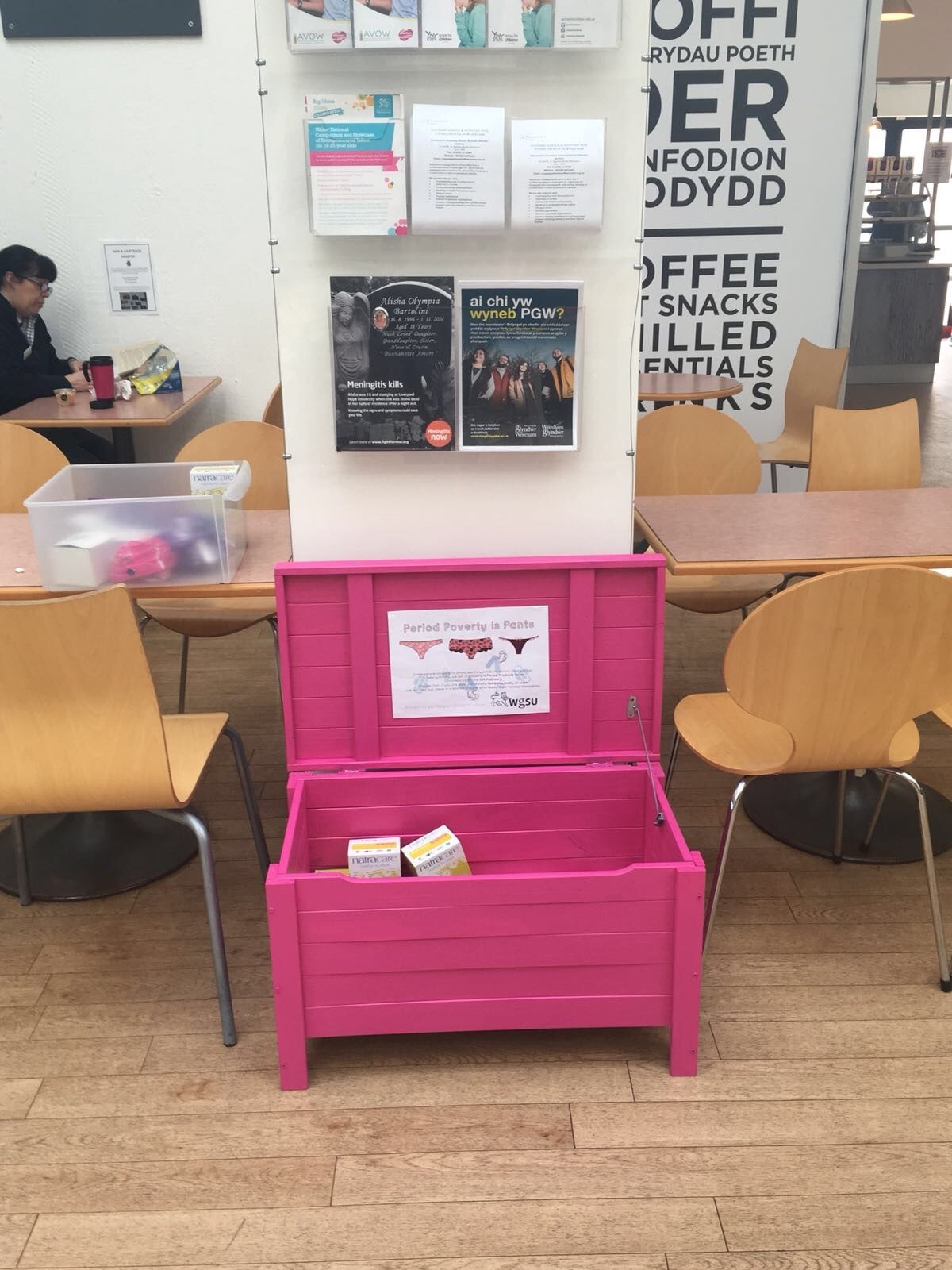