British Universities & Colleges Sport (BUCS) is the national governing body for Higher Education (HE) sport in the UK, delivering more than 50 sports, including everything from basketball to ultimate frisbee to almost 170 member institutions, devising a busy league programme of over 4800 teams and over 100 championships events every year. As a brand it is still relatively young, just seven years old, but the history is much longer. In fact in just a few years it will be celebrating 100 years of university sport competition.

BUCS was formed in June 2008 as a result of a merger between University College Sport (UCS) the body which represented the professionals who worked in HE sport and British University Sports Association (BUSA), the organisation which delivered leagues, competitions and events for inter university sports to member institutions across the entire UK.

Sport at Glyndŵr is currently going through a huge development process as we look to not only develop our sporting performance but to increase and diversify what we can offer our student body. The 2015/16 season saw a total of 11 competitive teams taking part within BUCS league and cup competitions, including a newly introduced Women’s Football and Volleyball team. For 2016/17 we have introduced further Athletics and Women’s Rugby Union squads. Additionally, our men’s futsal will be competing in the competitive Northern 1A League and Trophy Knockout testing their skills against some of the biggest sporting universities in the country such as Durham and Worcester. 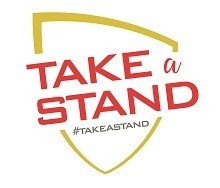